A Guide to Recessions and the BC Housing Market

As the Bank of Canada aggressively raised rates over the past year to fight multi-decade-high inflation, fears are mounting that tighter monetary policy will push the Canadian economy into recession. Indeed, central banks have a poor historical track record in achieving “soft landings” following tightening cycles. That is, amid high inflation, central banks often struggle to “thread the needle” of raising rates enough to bring inflation back down to 2 per cent without tipping the economy into a recession.

In this Market Intelligence, we summarize how past Canadian recessions have impacted the BC economy and housing market and look forward to how the BC housing market may perform during a potential 2023 recession. 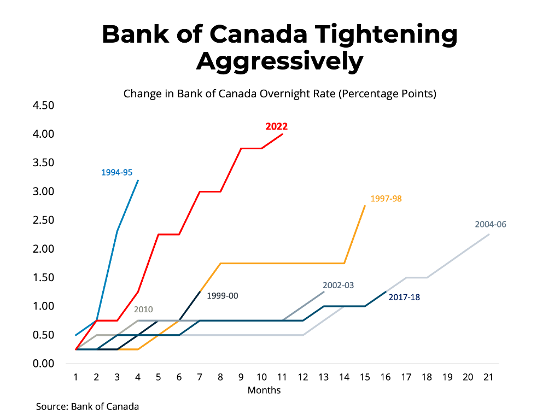