Posted on December 23, 2022 by Gino Pezzani
Posted in December 2022 Newsletter

Recent GDP growth figures, while not strong, have tended to outpace expectations. With 0.1 per cent increases expected for October and November, at this rate fourth quarter GDP growth could come in at an annualized rate of around 1.2 per cent. This would be well-above the Bank of Canada's forecast of 0.5 per cent for Q4 as of the October monetary policy report. Alongside higher than expected core CPI figures released Wednesday, today's GDP figures could make it more challenging for the central bank to avoid an additional rate hike at its meeting on January 25th. 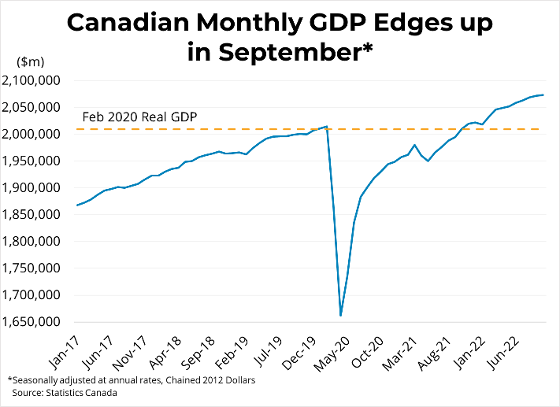