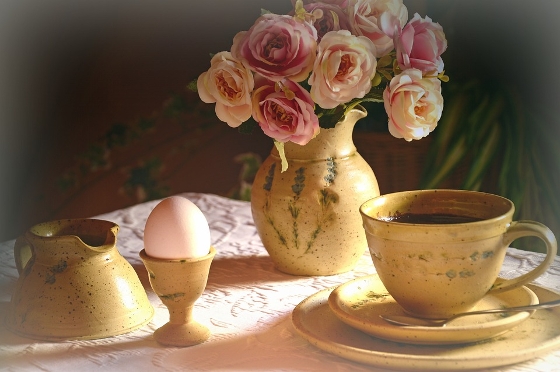 One day after school, a daughter complained to her dad that she was tired of struggling with her dyslexia - she had to work twice as hard as her classmates.

Her father held back his tears and led his daughter to the kitchen, then repeated an old lesson. He filled three pots with water and heated them on the stovetop. Once the water began to boil, he placed a small potato in one pot, an egg in the second pot, and some ground coffee in the third pot.

After 20 minutes, he turned off the stove, put the cooked potato in a bowl and had the daughter poke it with her finger. He peeled the egg, then held the third pot out so she could sniff the coffee. She smiled at the familiar scent of her dad’s morning coffee.

“The potato, the egg, and the coffee beans all faced the same adversity: boiling water,” her father explained.

“But each one reacted differently. The potato went in strong but came out soft and weak. The egg was fragile but grew hard. However, the ground coffee beans were unique. They changed the water and created something new. So - which are you?” he asked his daughter.

“Are you a potato, an egg, or the coffee? Sweetheart, challenging things happen to us, but the only thing that truly matters is what happens within us.”

The teen smiled, gave her dad a huge hug, grabbed the hard-boiled egg as a snack and left to go do her homework.

As she left, her father blew an invisible kiss that landed on his beloved daughter.